The dynamo behind Happy Cat Films is Rachel Young. With over 20 years of industry experience, film remains her passion. Fair but tough when the tough needs to get going, she enjoys the variety and challenge that each new production brings and thrives on problem solving and pulling together the right team to make it happen.

As well as producing a large number of commercials and stills campaigns for some major international directors and photographers, she has produced award winning short and full length feature films and a host of TV programming for the likes of BBC/ Carlton Food Network/ World Cup Host broadcasting team and CBS.

There is not much in the whole wide film world that Rachel hasn’t produced. A big love of nature and Yoga and wellness, Rachel believes that South Africa is a location that inspires on many levels. 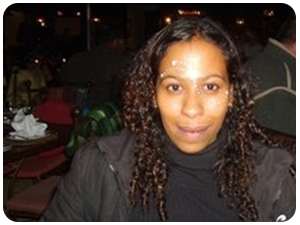 Colleen has been part of the team for over 12 years. Even keeled and unruffled, behind the desk, beavering away, be it researching or developing the presentations, and adding the final touches to the call sheets, with her finger on the pulse of all the suppliers, crew and and helping you with your visas and keeping the office organized, Colleen is unflappable and constant, exactly as a PM should be.