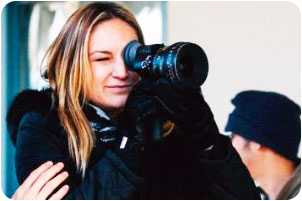 Ashley Avis is an internationally recognized commercial and feature film director based in Los Angeles, California.  She travels worldwide.

Her feature film Deserted – a psychological thriller set in Death Valley – will be released in the fall of 2015.  The film stars Mischa Barton, Winter Ave Zoli, and Trent Ford, with a supporting cast including Jake Busey, Sebastian Bach, and Lance Henriksen.  The film was edited by Oscar nominated Douglas Crise (Birdman, Babel, Ocean’s 11).

She has been nominated as “Best Director” for two internationally recognized fashion films, “Lionne Blanche” and “Smoke” for 2014, and as a writer – recently completed the novel-to-screen adaptation of The Cybil Raven Chronicles for Oscar nominated Todd Labarowski of Dreambridge Films.

She creates work constantly, lives in Los Angeles near the ocean with her husband and producing partner Edward Winters.  When she and Edward aren’t working – they are off and away traveling somewhere, anywhere.  She is an avid writer, equestrian, lover of wine and poetry – and explorer of the world. 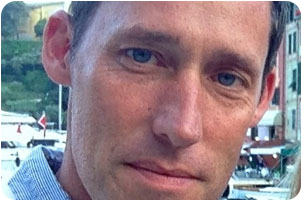 Shawn is an American director who began his directing career in London.

He worked his way through Europe directing commercials for clients such as Sony, MTV and Axe. This experience allowed him to work in Poland, the Ukraine, Germany, the UK, Turkey, Czech Republic, the Netherlands and Serbia. During this time he wrote and directed two campaigns for MTV, which garnered British D&AD Pencil Nominations.

Lured by the ample sunshine and quality burritos of Los Angeles, Shawn relocated there and continued to direct commercials and write.

In 2010 he directed a Super Bowl commercial for Mountain Dew Amp that placed in the top 10 of USA Today’s Ad Meter.

Shawn resides in Marina del Rey with his two children, Jake and Audrey, and a crayfish named Cray-Cray. He continues to write and direct.